Posted on February 20, 2014 by comicspectrum 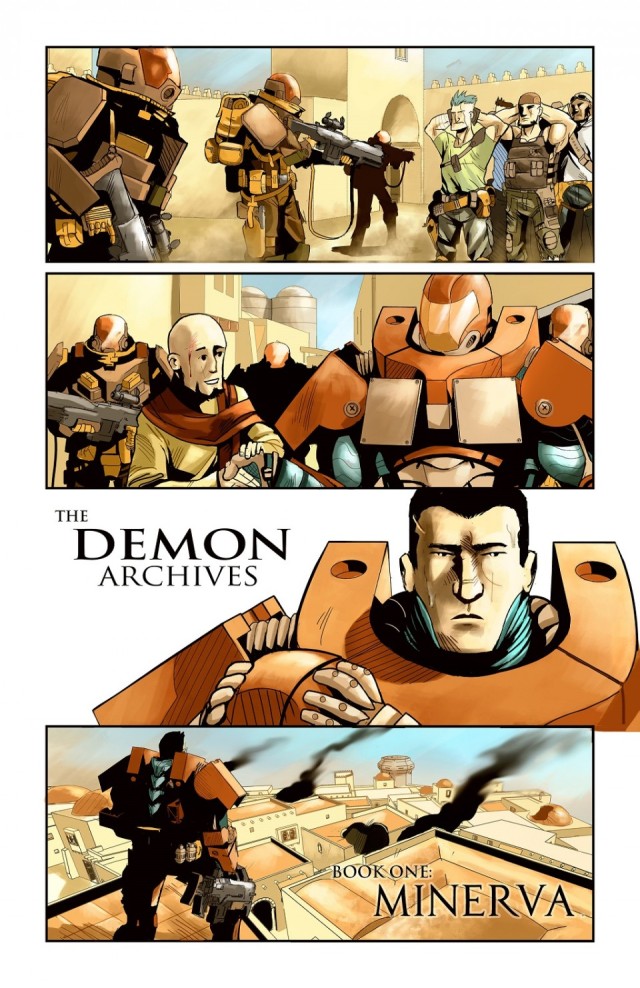 Premise
100 years after the collapse of civilization, the world has managed to rebuild somewhat, but is still plagued by chaos. The story so far follows a high-tech military group and their struggles against raiders and other, more sinister threats.
http://demonarchives.com/

What’s Awesome About It?
What strikes me most about Demon Archives isn’t the amazing art or the well-told story full of rich characters, but the world the story presents. Although the story isn’t that far in (it’s about 3 standard comic book issues long at the moment), it manages to present a rich world that makes you really want to learn more about it.

The art and dialog really work well to capture the sense of action and tense, gritty combat that the book depicts, something exceptionally difficult to pull off in comics, and even more in the slow paced world of webcomics, so the fact that this comic does action right is definitely saying something. The characters are interesting and the dialog is well-written. There really aren’t any particular weaknesses to the comic, and it’s one you won’t want to miss, especially as the story continues to develop!

My Thoughts
I would say that I could easily see this book on the shelves of a comic store in print, but the fact is that Demon Archives is far better executed than all but the very best of print comics. Any fans of sci-fi, post-apocalypse, action, or just good stories in general would do well to check it out!

The goal of ComicSpectrum is to provide a one-stop reference for everything about & related to comics and comics culture.
View all posts by comicspectrum →
This entry was posted in Uncategorized. Bookmark the permalink.

3 Responses to The Demon Archives